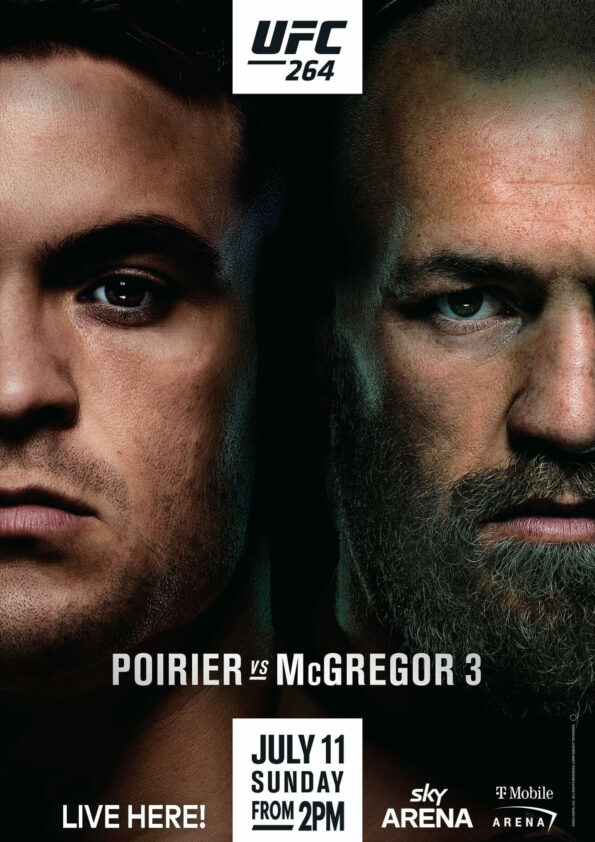 The UFC 264 main event between Conor McGregor and Dustin Poirier won’t have a title on the line, but there will be plenty at stake on July 11 before a capacity crowd at T-Mobile Arena in Las Vegas.

And the significance goes deeper than the winner likely landing a title shot against lightweight champ Charles Oliveira.

For Poirier, the decision to face McGregor for a third time meant passing up the opportunity to fight for the title vacated by the retirement of Khabib Nurmagomedov. Poirier has held the interim belt before, but being undisputed champ is the dream of every fighter. Poirier is betting on himself, confident he’ll beat McGregor again in what should be the most lucrative fight of his career. The plan is to win the money fight first and then go after the title fight. A loss would put his title quest on an uncertain path.

Conor McGregor and Dustin Poirier will complete their trilogy on July 10, and a lightweight title shot will be on the line in front of a capacity crowd in Las Vegas.

For McGregor, he’s trying for his first win over an elite opponent since he beat Eddie Alvarez in 2016. Once considered one of the top pound-for-pound fighters in the world, McGregor now just hopes to silence the critics who suggest he lost his mojo after attaining incredible wealth. Can McGregor regain his championship form? That’s a huge part of the backdrop for this blockbuster. And the reality is, despite McGregor’s recent plight, he could very well land the title shot with a victory.

For now, it’s about the trilogy. McGregor KO’d Poirier in less than two minutes in 2014 as his star ascended to unprecedented heights, and Poirier avenged the loss on Jan. 23 with a second-round KO.